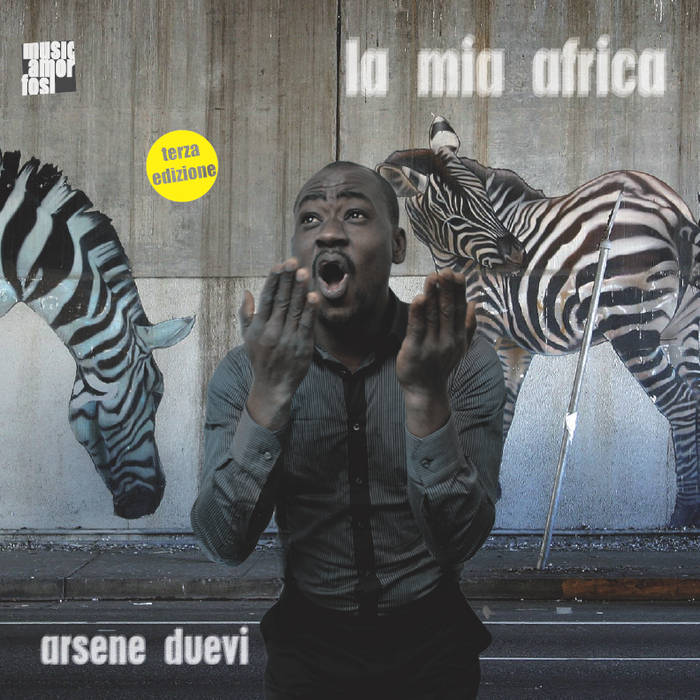 Impeccable for the choir parts constructed in the voice-over dubs,
the emotions on the live recordings… Blow Up april 2011

“La Mia Africa (“My Africa”) is here, today in Italy, the country that has welcomed me and that has given me the opportunity of another life thanks to music. My Africa is here, every time I sing, I compose, I direct. I call the Spirits and I travel. I travel to my grounds, I recreate it here, by the power of the song, by the energy of the voices, by imagination and rhythms.” Arsene Duevi

Bass and guitar player, choir director, singer and also ethnomusicologist. In 2002 he arrives in Italy.He teaches to 4 choirs involving more than 300 people.His songs talk about peace, justice. He collaborates with Giovanni Falzone. In 2009 he had his live national debut singing live on Rai Radio 3.Since then he performed for important theatre and festival such as Suoni delle Dolomiti ... more

Bandcamp Daily  your guide to the world of Bandcamp